Bunion deformities are a frequently occurring problem. Approximately 400,000 bunion correction procedures are performed annually in the United States. Bunions are a complex deformity, caused by an unstable joint in the middle of the foot. The first metatarsal can rotate out of alignment resulting in a painful bony prominence at the base of the big toe. The patented Lapiplasty 3 Dimensional Procedure uses specially designed instrumentation to correct the alignment of the entire first metatarsal bone, restoring it to its proper alignment. The patented titanium plating technology used to provide fixation of the Lapiplasty Procedure allows weight-bearing within days of the procedure.

Dr. Silvers was one of the first foot surgeons in Southern California to perform the Lapiplasty 3D surgery for correction of bunion deformities. Conveniently located in Los Angeles County, Dr. Silvers has seen patients from Santa Barbara, Ventura, Orange, and San Diego Counties for consultation regarding this bunion surgery. As a result of the number of procedures he has performed and his help in training other surgeons, his practice was designated as a Center of Excellence by Treace Medical Concepts, Inc. This group of surgeons and biomedical engineers developed the procedure protocols and manufacture the surgical kits used in every Lapiplasty 3D bunion correction.

Are Bunions Limiting Your Activities and Lifestyle?

Bunions can be very painful. With each step, your entire body weight rests on that bunion. Ouch! A common misconception about a bunion is that it is an overgrowth of bone that can simply be "shaved off". In reality, bunions are complex deformities caused by an unstable joint.

Relief is here. Now, there's a new, patented treatment for bunion correction – Lapiplasty® 3D Bunion Correction. The new treatment option which, does more than simply remove "the bump", addresses your bunion in three dimensions to correct the root of the problem. Advanced fixation technology is used to secure the correction in place, allowing patients to walk within days of surgery.

Traditional Approaches To Bunion Correction Have Been Ineffective 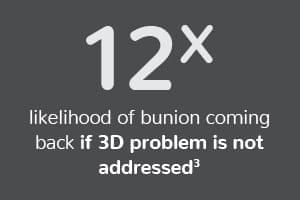 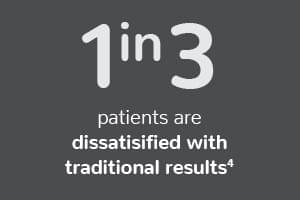 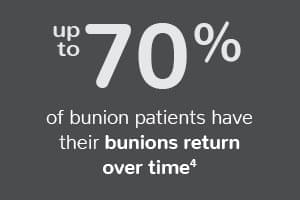 Traditional Surgery Is A 2D Solution For A 3D Problem

Traditional bunion surgery has been limited to an incomplete, two-dimensional (2D) approach to correction; cutting the bone in half and pushing the top part over to reduce the appearance of the bump. This 2D "cut and shift" approach primarily addresses the bunion symptoms, not the root cause – the unstable foundational joint – leaving the bunion significantly more likely to come back to some degree.

Like trying to fix The Leaning Tower of Pisa by cutting it and shifting it. 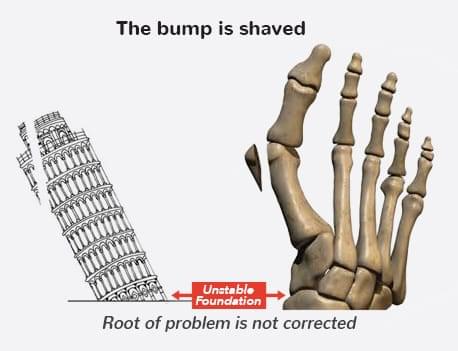 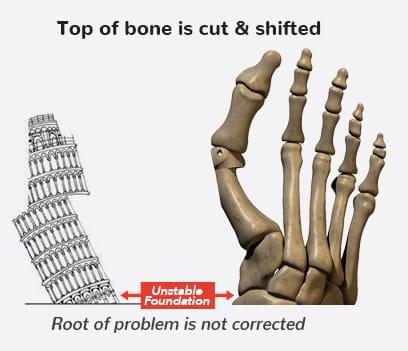 Instead of cutting the bone in half and shifting the top part over, the patented Lapiplasty® Procedure uses specially designed instrumentation to rotate the entire deviated bone back into its normal anatomical position, naturally straightening your toe, removing the 'bump' and associated pain. Innovative titanium plating technology permanently secures the unstable foundation, the root of your bunion problem. Most patients are able to walk with a fracture brace and crutches the day after surgery.

Like addressing the unstable foundation (root cause) of The Leaning Tower of Pisa by rotating it back into position and permanently securing it. 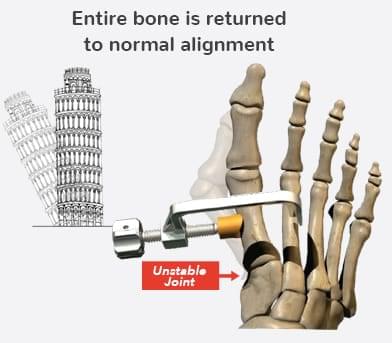 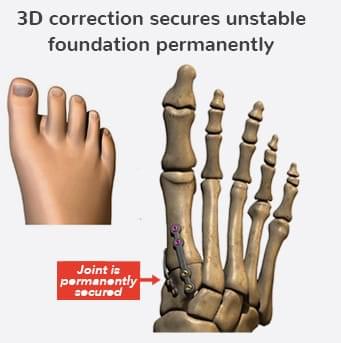 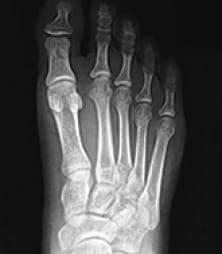 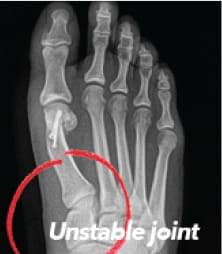 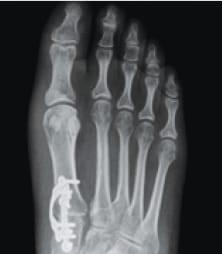 The Lapiplasty® Procedure utilizes two low-profile, anatomically-shaped titanium plates to permanently secure the unstable foundation of your corrected bunion. This provides buttressing on multiple planes and allows you to walk within days of surgery. Think of this in terms of how a basketball player might hold a basketball. When a player tightly grips the ball with both hands, the ball is held more securely than if only one hand is used.

Unlike other surgical approaches, the Lapiplasty® Procedure utilizes two plates for this very reason – "Two plates are better than one".